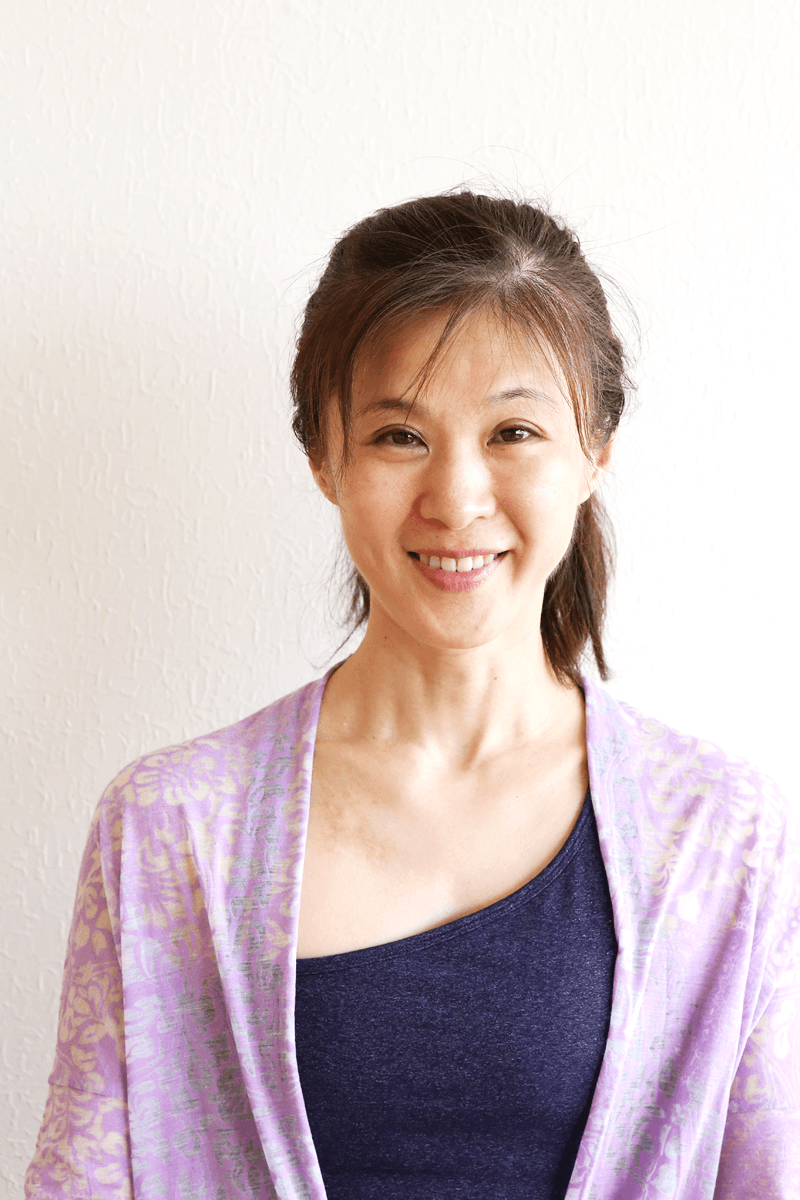 I graduated from the medical department of Toyama University. My specialty is gastroenterological surgery and breast cancer surgery. After graduation, I worked mainly at the hospitals linked to Toyama University. I was employed as a full time surgeon, working around the clock. In March 2006 in the midst of this stressful life, I discovered Ashtanga Vinyasa Yoga.

My first visit to Yoga Thailand was September 2006 and in 2007 I met Paul Dallaghan at his New Year Yoga Retreat at Yoga Thailand. Through Paul, I met Shri O. P. Tiwari (Tiwariji), a Hatha Yoga Master from Kaivalyadhama Yoga Institute, India, whilst he was visiting Yoga Thailand in 2007. Since meeting Paul and Tiwariji, I have had the opportunity to study both asana and pranayama under their guidance.

In my daily clinical experiences, I gradually have begun to feel the limitation and biased approaches to the diseases in modern medicine. In my own life, I have reduced mental and physical tension through daily mindfulness practices. From my direct experience of the benefits of yoga, along with an understanding of the shortcomings of the modern medicine, I started to think about using yogic knowledge practically in the medical field.

In 2008, I resigned from the University Hospital and gained a certification as an Ayurvedic life style counsellor from Japan Ayurveda School in Tokyo. I continued my studies in Yoga Therapy at Ananda Seve Mission in California, and gained the certification of Yoga Therapist. During the course, I met Richard Miller, the founder of iRest (Yoga Nidra). I could see how Richard’s style of relaxation would be very helpful, especially for those suffering from disease. So, inspired by this, I took the iRest Level 1 training course at Kripalu Center Yoga and Health in 2009. In addition to these studies, I also undertook training in Prenatal Yoga and Yin Yoga, a great accompaniment to yoga therapy.

Since April 2011, I have been working as a full-time doctor in my home town, Fukui, in the hospital, mainly looking after general health examinations, endoscopic examinations (upper GI and colon) and checkups for breast cancer. In my daily medical counselling, I have shared my pranayama and Ayurvedic knowledge with patients and clients at the hospital.
On 11th March 2011, Tohoku earthquake and Tsunami broke out in Japan and a lot of Japanese were tragically killed by the disaster. At that time, I was at Samahita Retreat taking the teacher training course, followed by Tiwariji’s Pranayama retreat at Samahita. During the Pranayama retreat I asked Tiwariji if he would visit Japan and give his teachings and message to the Japanese. I was delighted when he said “Yes, I will”!

In April 2011, I opened little Yoga studio “Chandra” in my hometown, Fukui, Japan. And I started to teach basic pranayama at my studio and also in Tokyo, Nagoya, Toyama and Gifu. In November 2012, I continued my pranayama studies at Kaivaryadhama, joining the Pranayama Intermediate Course with Tiwariji.

At the end of April 2013, I resigned from working hospital as a full-time doctor as it is time for me to deepen and focus on Yoga as therapy for the next a few years.

Continuously, I have had opportunities to organize workshop with the teachers from Kaivalyadhama, such as Mr. Sudhir Tiwari and Dr. Jagdish Bhutada in 2014.

On 5th December 2014 just after Intermediate Course of Pranayama with Tiwariji, I had the honour to have a contract of “Memorandum of Understanding” with Kaivalyadhama Yoga Institute officially. 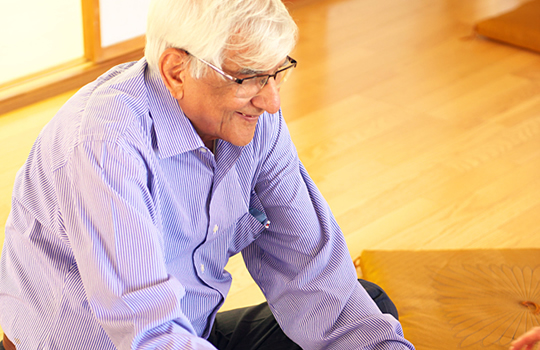 I am sure the effort you are making to propogate the yoga for humanity is welcome step as said by my teacher swami kuvalyananda “yoga has a complete message for humanity” my sincere good wishes to you I wish your effort will bring peace and harmony, and inner strength to humanity. Wish you all sucess. 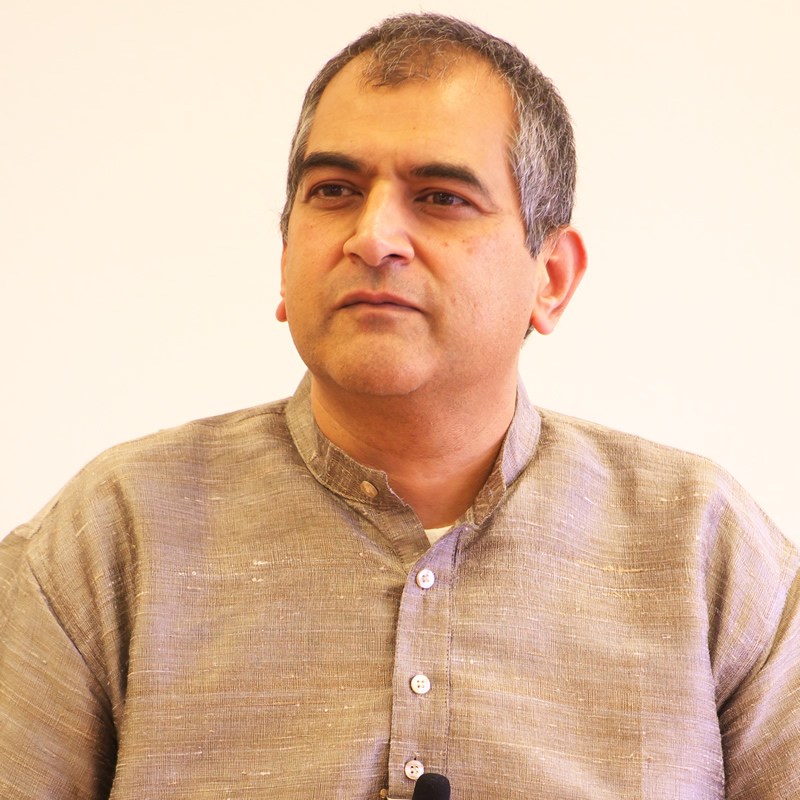 I wish Motoko/Yoga and Wellness Chandra great success in their pursuit to bring yogic practices in general and Asanas and Pranayama in the particular, to the people of Japan, in a Traditional way. 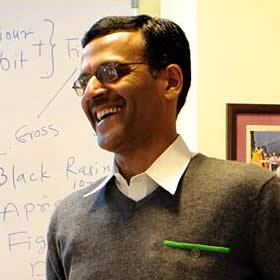 I'm sure that Chandra studio helps many people by sharing how to practice healthy life style on the base of Yoga & Ayurveda. It brings cheerful and happy future for Japanese.

On 5th December 2014, Yoga & Wellness Chandra located in Japan had the honor to come into an official relationship with Kaivalyadhama Yoga Institute, Lonavla, India. 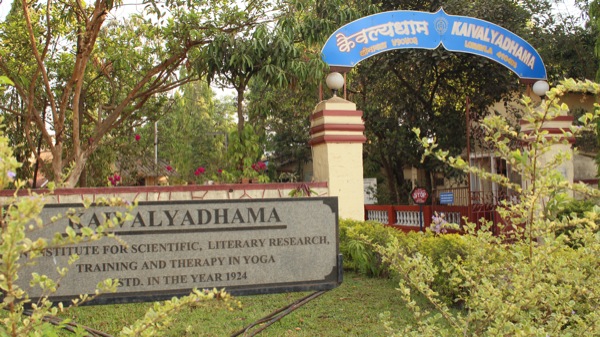 In the Memorandum of Understanding (MOU), Kaivalyadhama Yoga Institute accepted the following general forms of co-operation with Chandra kindly:

I as a founder of Chandra intend to do my best for accomplishing this precious opportunity with sincerity.
I shall be happy if my efforts can be of any support for spreading Kaivalyadhama’s motto “Yoga for the world”.

Special courses and Retreat by Chandra (For Japanese)